Judaism: Covenant, Commandments And The Coming Of The Messiah

Judaism: Covenant, Commandments And The Coming Of The Messiah

Judaism had its beginnings about 4,000 years ago, when God promised Abraham that he would bless him with offspring as numerous as the stars and make him into a great nation. The people of this nation are called Jews.

The birth of Judaism as a faith as it is practiced and lived by today begins with God’s revelation to the Jewish people at Mount Sinai and the giving of the Torah. Essentially, Jews entered a covenant with almighty at Sinai which binds them to keep all the 613 commandments contained in the Torah.

Jews believe in one God, who is omnipotent, omniscient and omnipresent.

Being omnipotent, God has supreme power over all of creation. He is also omniscient, or all-knowing, having total knowledge of the past, present and future. With omnipresence, God is everywhere at the same time. Essentially, his presence encompasses the whole universe. Jewish mysticism teaches that the true existence of every created being is the divine energy that animates it and creates it ex nihilo at every moment of time.

The 10 commandments revealed at Sinai, are the main tenets of the rest of the Torah, and the root of all the other 613 commandments which are found in the first five books of the Tanakh, or the Hebrew Bible, comprising the 24 books of Jewish holy scriptures. 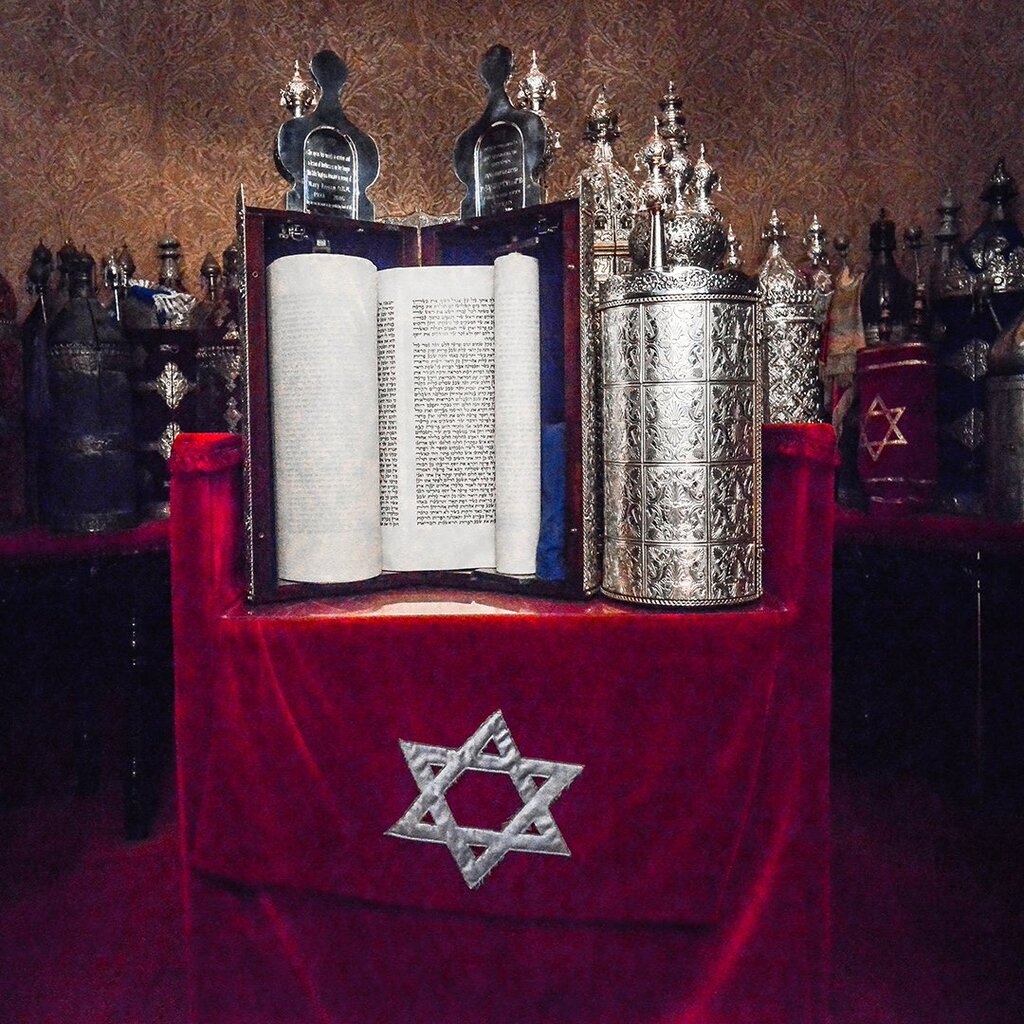 It is prophesied in the Tanakh that the savior, the righteous messiah, (literally translated as “anointed one”), will come and bring the whole of mankind to an era of peace and prosperity. Jews are enjoined to yearn for his coming every moment.

Jews gather to worship at the synagogue, a Jewish place of worship where three services are conducted daily, coinciding with the timing of the daily sacrifices which were offered when the Jewish temple stood in Jerusalem. 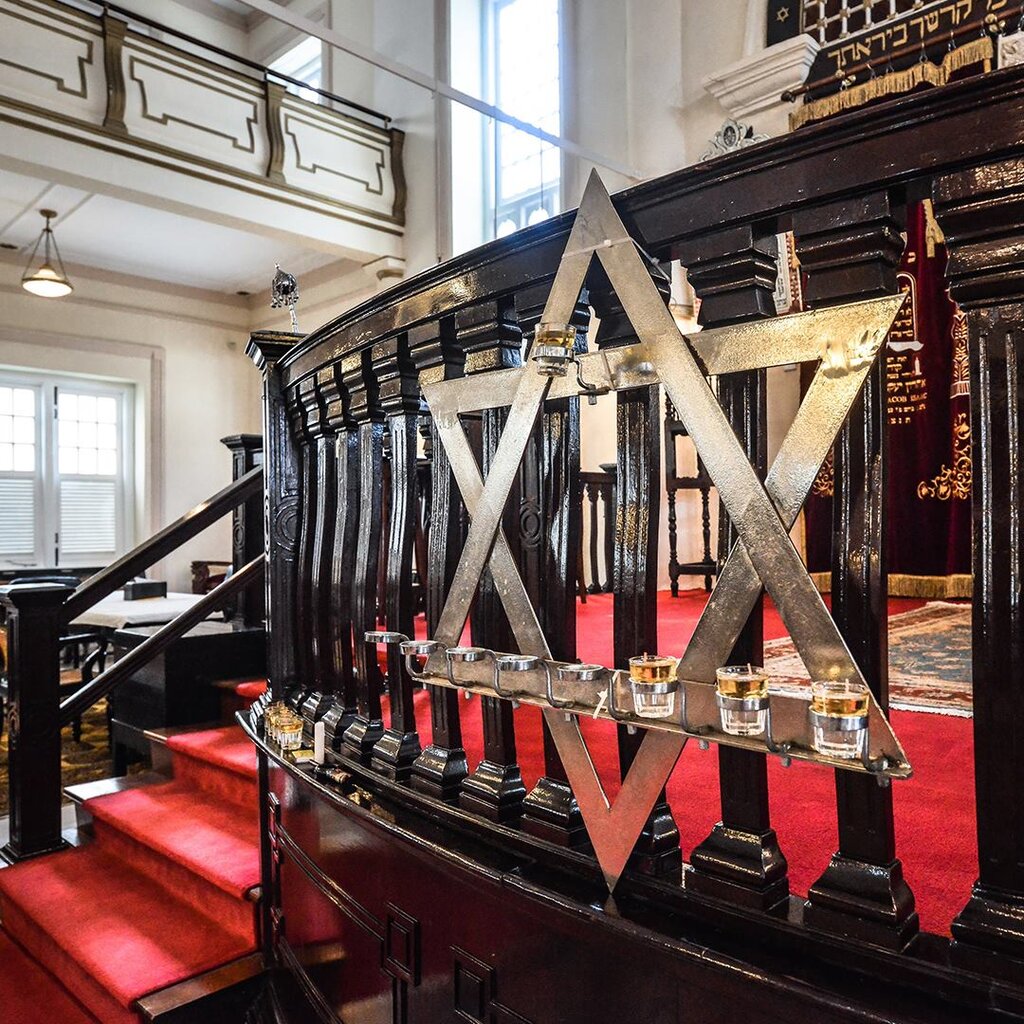 While services vary from synagogue to synagogue, an important part is the praying of the Shema: “Hear O Israel! The Lord our G-d is one Lord; and you shall love the Lord your G-d with all your soul, and with all your might.”

At the core of every service is the Amidah, a prayer consisting of 19 blessings which is first recited silently by the congregation before being repeated aloud by the ‘Chazan’ (cantor) who conducts the services on behalf of the congregation.

Perhaps what most people know about Judaism is the Sabbath, or Shabbat, which means “rest”. It is a parallel with how God rested on the seventh day after creating the world and everything in it in six days.

On this day, which starts from a little before sunset on Friday and ends on Saturday night, Jews are to take a break from their weekly mundane and physical activities and to be recharged spiritually, by praying and studying theTorah.

Observing the Sabbath is the fourth of the 10 commandments.

Besides the Sabbath, there are also commandments regulating one’s diet.

The dietary laws in the Torah prohibits Jews from, for example, mixing dairy and meat, consuming pork and shellfish, and eating animals that are not slaughtered in a specific approved manner.

Only food that satisfies all the dietary commandments as listed in the Torah and the Shulcha Aruch (Jewish legal code) is considered kosher and fit for consumption.

Major Events in the Jewish Calendar

The Jewish calendar is filled with festivals that involve elaborate rituals and symbolisms.

One of the most celebrated festivals is Rosh Hashanah, which marks the first and second days of the Jewish new year. A signature ritual is the blowing of the shofar, a ram’s horn, at the synagogue. Each day, 100 blasts are sounded on the horn.

Jews also eat apple slices dipped in honey during Rosh Hashanah to symbolise their wish for a sweet new year. Another ritual practiced is Tashlikh, translated as “casting off”, where Jews empty their pockets into a body of water to represent the casting away of their sins.

The festival is the start of a time of repentance and introspection lasting 10 days, culminating in the commemoration of Yom Kippur.

Yom Kippur, also known as Day of Atonement, is the holiest day of the year for the Jews.

According to the Torah, when Moses went up on Mount Sinai to receive the 10 commandments from God, the Jews sinned by worshipping a golden calf. Moses prayed for forgiveness over two 40-day periods on the mountain. The day that he came down the mountain was established as the Day of Atonement.

In remembrance of Yom Kippur, Jews refrain from: eating or drinking, wearing leather shoes, bathing, applying lotions and having marital relations. The day is spent at the synagogue praying for forgiveness.

The Passover Festival celebrate the Jews’ redemption from the bondage and exile of Egypt, it also commemorates how God passed over the houses of Jewish families when the firstborn sons in Egypt were killed, which was the last of 10 plagues that God brought upon the Egyptians to force Pharoah to free the Jews from slavery.

Jews celebrate Passover for 8 days (in the diaspora) and join in the Seder nights, to recount the story of the exodus and to fulfill the Passover observances and rituals as a family.