Christianity: A Faith Based On The Saving Grace Of God

Christianity: A Faith Based On The Saving Grace Of God

Mention Christianity and the cross comes to mind. It is seen marking church buildings, printed on the cover of Bibles, and worn around the neck.

The cross is the universal symbol of Christianity, recognised by all Christian denominations as the visual representation of their faith.

Paradoxically a symbol of both suffering and salvation, the cross is where Jesus Christ was crucified for the sins of humanity. With his death, came the blessing of eternal life for those who believe in him. The cross, therefore, is a reminder of God’s love for humanity in Jesus.

To Christians, the Bible is the Word of God. Even though human authors wrote the books in the Bible, they were inspired and guided by the Holy Spirit.

By reading the holy book, Christians get a better understanding of God’s relationship with humanity and receive godly instructions on Christian living. 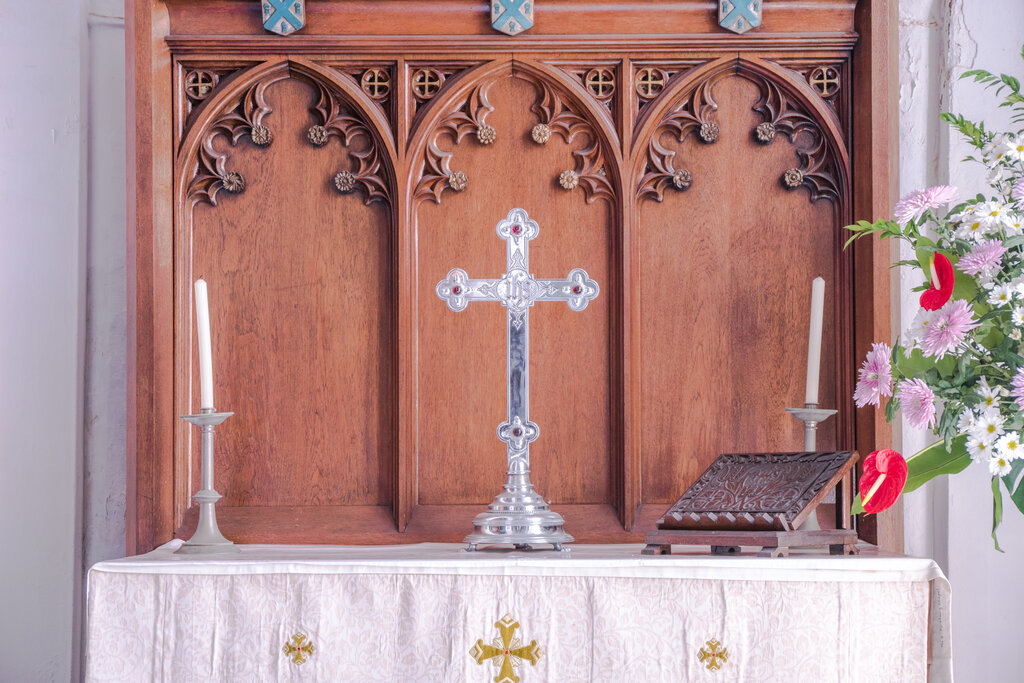 A cross displayed at the altar in a church

Christians believe there are three divine persons in the one true and living God – the Father, the Son and the Holy Spirit, known as the Holy Trinity.

Christianity focuses on the life, death and resurrection of Jesus, who was born of the virgin Mary through God’s Spirit. They believe that God sent Jesus to live as a human being in order to save humanity from the consequences of their sins. His death on the cross paid the price for humanity’s sins and paved the road to heaven and eternal life with God through his sacrifice.

Having believed in Jesus, Christians enjoy spiritual communion with God on earth, and look forward to the physical return of Jesus, their resurrection from the dead, and life with God in the new heavens and new earth.

In Singapore, Christians make up 18.9% of the population, according to a 2020 census. Followers of Christianity identify themselves with different groups – Catholic, Orthodox and Protestant. Protestant Christianity is further distinguished into various denominations such as Anglican, Methodist and Presbyterian.

To Christians, worship is not something that they do just once a week when they go to church. Instead, they are to live their lives as an act of worship to God.

Personal worship involves reading the Bible, praying to God and abiding by the two greatest commandments in Christianity: Love the Lord your God with all your heart, soul, mind and strength; and love your neighbour as yourself.

Communally, Christians attend a church service every week to worship God together. The programme usually includes singing songs of praise to God and the preaching of a sermon. Most churches also conduct the Holy Communion monthly, in remembrance of Jesus’ sacrifice on the cross.

Major Events in the Christian Calendar

Christian celebrations revolve around Jesus – his birth, death and resurrection from the grave.

Christmas is probably the most well-known festival in Christianity. On 25 December every year, Christians commemorate the birth of Jesus more than 2,000 years ago with much joy and celebration. From traditional Christmas services to nativity plays, evangelistic musicals and Christmas carolling, there are countless ways to spread the Christmas cheer.

Another important event in the Christian calendar is Good Friday, which marks the day Jesus died on the cross for the sins of humanity. Good Friday services are generally solemn and reflective in nature, as Christians remember the great sacrifice that Jesus made to save them from eternal spiritual death. 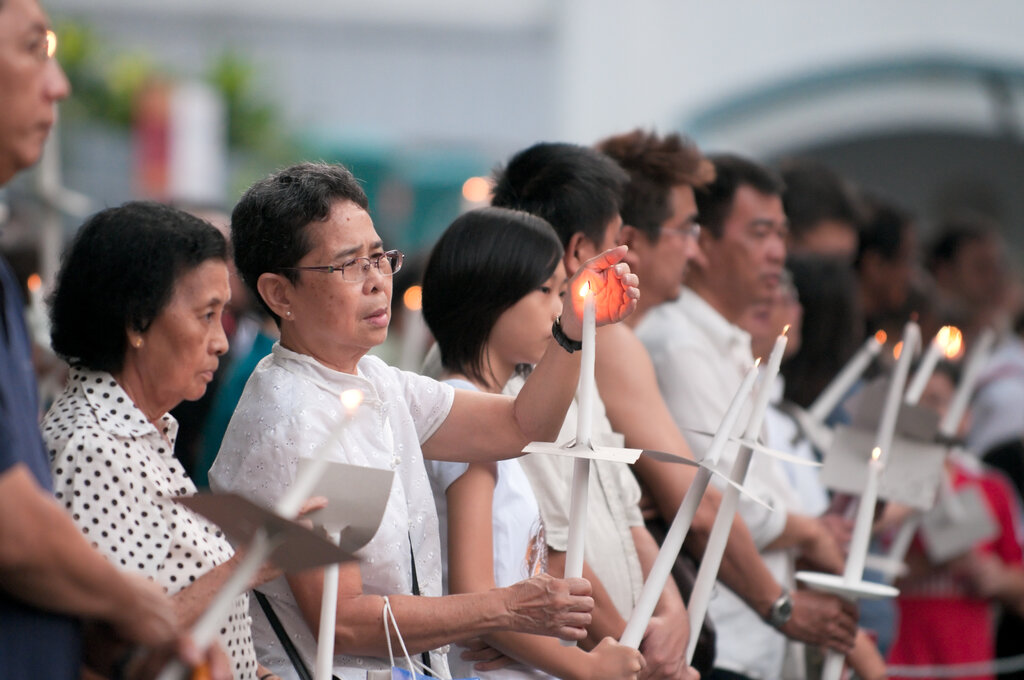 According to the Bible, three days after Jesus’ crucifixion, some of his faithful followers went to his tomb to lay spices on his body. Upon arrival, they discovered that the huge stone that blocked the entrance of the tomb had been rolled away. Most importantly, Jesus’ body was not inside. He had risen from the dead!

Jesus’ victory over death is a precursor of Christians’ resurrection from physical death to a perfect life in the new heavens and new earth in the presence of God. As such, Easter Sunday service is characterised by joyful singing, preaching about Jesus’ resurrection and the partaking of the Holy Communion.