Hari Raya Puasa: The Culmination of a Month of Fasting and Seeking Forgiveness

Hari Raya Puasa: The Culmination of a Month of Fasting and Seeking Forgiveness 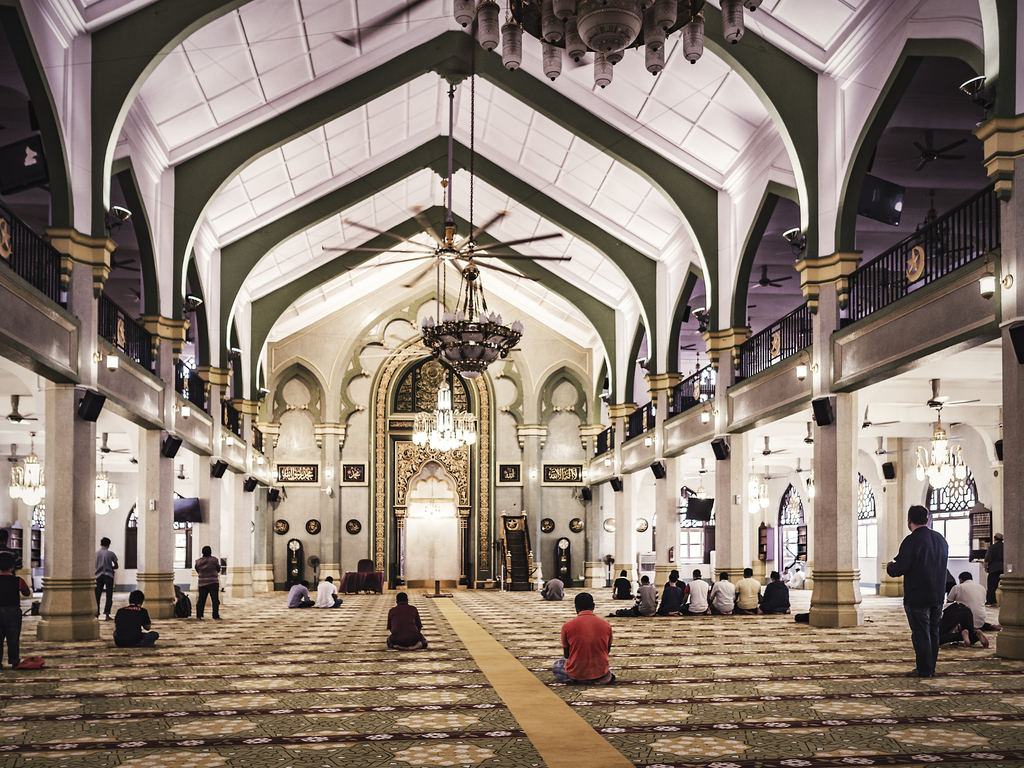 Hari Raya loosely translates to “day of celebration” in Malay — an apt description for the joyous festival of Hari Raya Puasa, which marks the end of a month of puasa, or “fasting”.

The occasion falls on the first day of the tenth month in the Islamic calendar and is observed by Muslims all over the world. It is also known as Eid al-Fitr, a term borrowed from Arabic.

Hari Raya Puasa celebrates the triumph of exercising self-control in the holy month of Ramadan. During Ramadan, all Muslims, except for young children, the elderly, the sick, and pregnant women refrain from eating and drinking from dawn till dusk, choosing to focus instead on prayer, charity, and introspection.

Beyond abstinence from food and drink, Ramadan is also a time for observers to practise self-restraint from negative acts and thoughts that pull them away from God, such as swearing and gossiping. Married couples may restrain from sexual intercourse whilst fasting as well. Others may choose to limit activities such as listening to music or watching TV, in favour of reciting the Quran, increasing prayers, and performing good deeds like doing charity.

At the end of a month of faithful endurance and religious duty, everyone breaks into celebration on Hari Raya Puasa, thanking their God Allah, gathering with loved ones, and feasting on festive delicacies. 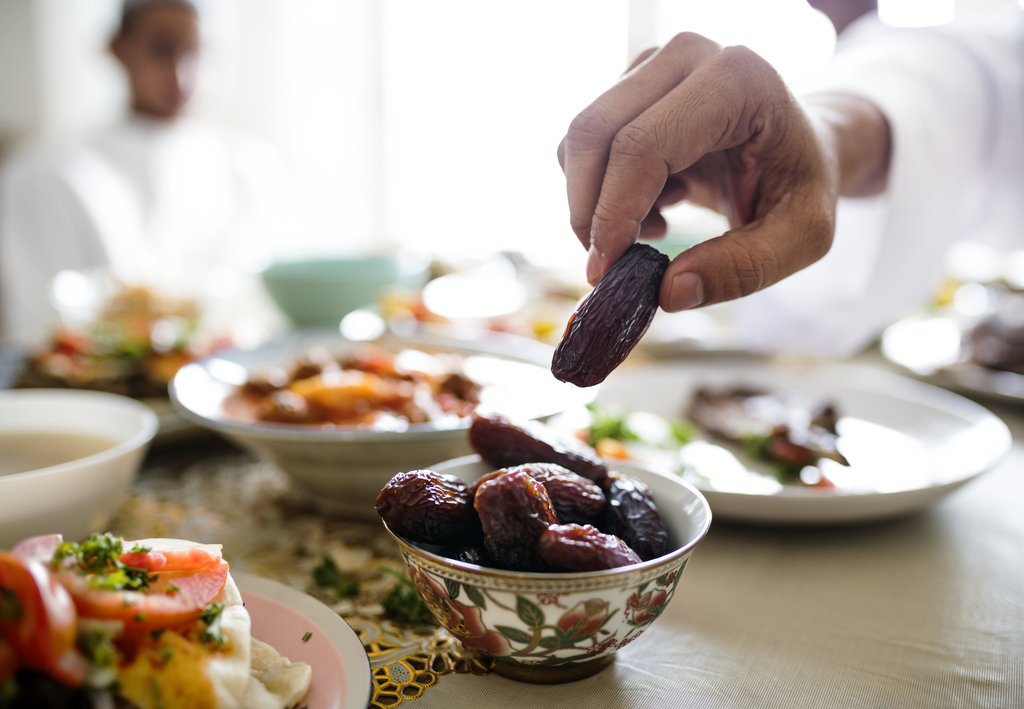 Amid the joy of the occasion, the underprivileged among the Muslim community are not forgotten.

Muslims who have the means share their financial blessings through zakat, an obligatory form of almsgiving, which is one of the five pillars of Islam. They believe that by giving back to the community, their wealth is purified.

Praying at the Mosque

Muslim families start the day with a visit to the mosque in the morning.

Before special prayers commence, the takbir is recited repeatedly as an expression of gratitude to Allah after blessing Muslims with the holy month of Ramadan.

Congregants then perform Aidilfitri prayers led by an imam, all facing the direction of Ka’abah in Mecca.

As worshippers pray, they are encouraged to reflect on the past month of fasting and their journey in becoming the best versions of themselves — spiritually, mentally, and physically. It is hoped that their efforts during Ramadan will create momentum for them to continue the good practices throughout the year.

After spending time at the mosque, Muslims visit the homes of family and friends, usually beginning with the elders’ place.

Food is undoubtedly a highlight of Hari Raya too. A spread can be expected at most homes, with Hari Raya Puasa must-haves for Malay-Muslims such as ketupat (rice cakes in handwoven diamond-shaped leaf pouches), beef rendang (a rich and tender coconut-infused stew), kuehs, and cookies. 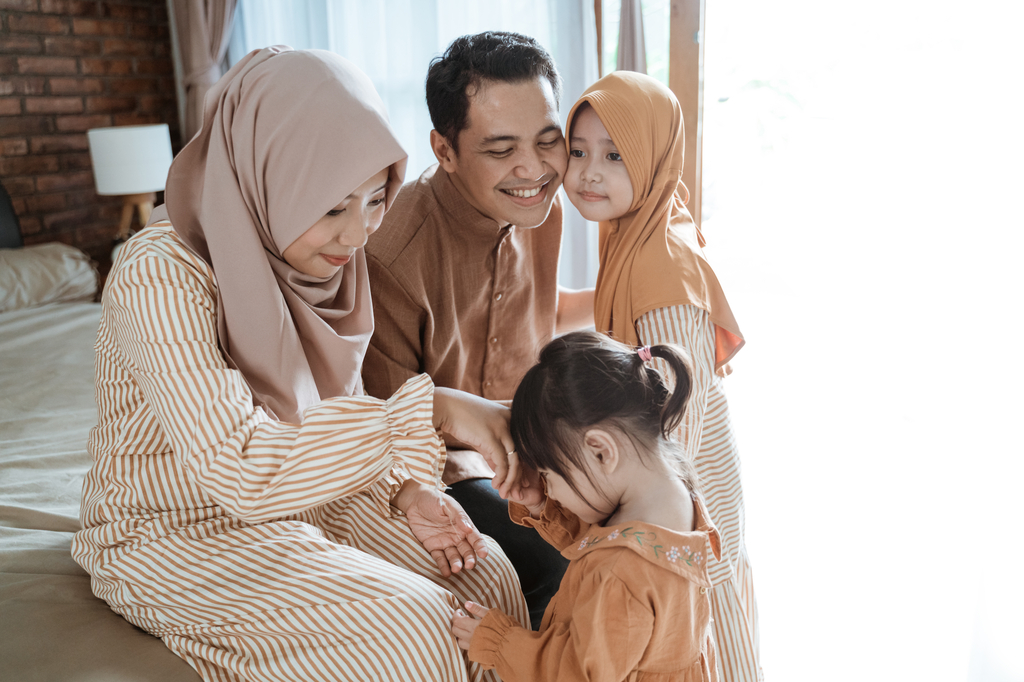 Hari Raya Puasa is also a time of forgiveness among the Muslim community. It is customary for the younger generation to start by asking the elders to pardon them for their wrongdoings — even unintentional ones.

The common greeting for this is “Maaf Zahir dan Batin”, which means “I seek forgiveness from you for my known shortcomings or wrongdoings unbeknownst to me”. The greeting is accompanied by a salam, which is a handshake with a kiss on the back of the hand.

While there is no hard-and-fast rule about who should give or receive green packets (nor how much should be given), it is widely accepted within the community for working adults to give to the young and elders.

The giving of green packets is believed to have developed from the traditional practice of distributing sweets and coins to children. Handing out green packets is seen as a way of instilling generosity and giving as part of the celebration.

In Singapore, Hari Raya Puasa is a public holiday and many non-Muslims also enjoy various aspects of the celebrations, such as food and the spirit of togetherness.

It is common to see Muslim families share their joy with their non-Muslim friends by inviting them to their homes for feasts. Neighbours also give one another treats, such as pineapple tarts and kuehs.

Another way to celebrate the festival is to take in the sights at the Geylang Serai Hari Raya Light-Up. Every year, the entire stretch of Geylang Serai is illuminated with dazzling light displays and installations. There are also Ramadan Bazaars nationwide, extending the spirit of celebration to the heartlands! Families look forward to walking the streets during this time, as they add to the exuberance of the festivities.

In 2021, Kampong Glam joined in the celebratory mood and started lighting up too, for the first time in more than 10 years.

Open to all Singaporeans, twinkling shophouses in neon along the streets form a magical ambience on the heritage site. No matter your ethnicity or faith, you can celebrate the festival by taking in the sights and the breathtaking light projections on the façade of the Sultan Mosque!