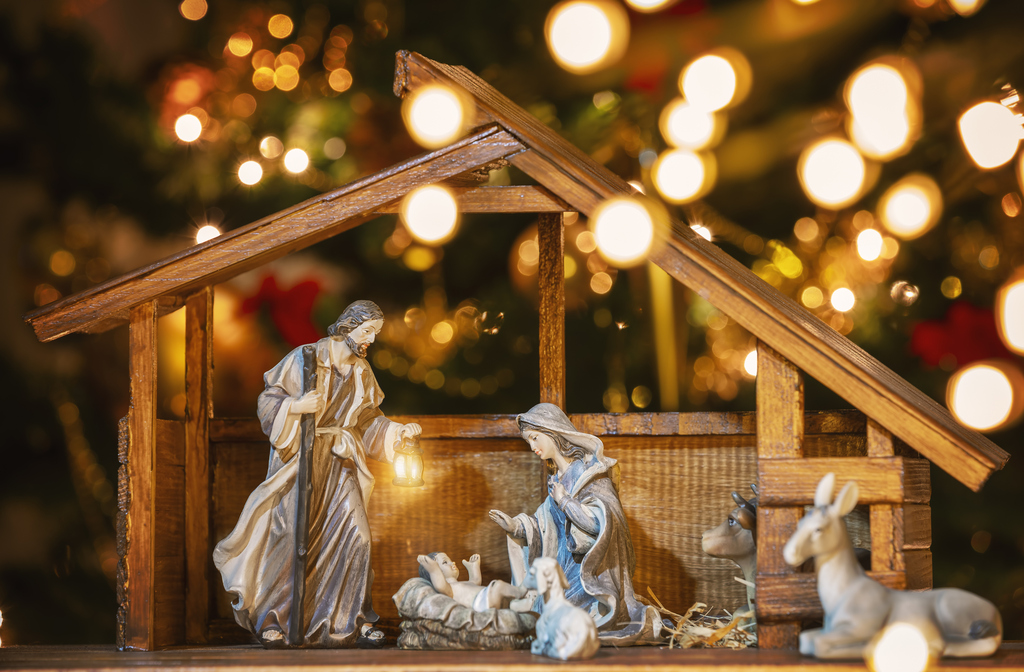 Christmas is an annual Christian festival that celebrates and commemorates the birth of Jesus Christ, the only son of God.

According to the Bible, Jesus was conceived by the Holy Spirit and born of the virgin Mary. Mary and her husband, Joseph went to Bethlehem to take part in a census. When the time came for Mary to give birth, there was no place for them in the inn. Jesus had to be laid in a manger at birth. Angels rejoiced and announced the birth of Jesus to a group of shepherds who visited Jesus and then went around to spread the gospel. The news travelled and Three Wise Men came from afar, bearing gifts of frankincense, gold, and myrrh for the new-born baby.

25 December is recognised as the birthday of Jesus although the exact date is not mentioned in the Bible.

Today, the festival is celebrated by Christians as well as non-Christians all over the world. It is a time when family and friends get together to embody the spirit of love and hope for the future.

Displaying of the Nativity Scene

Mention the Nativity scene and many would agree that this is one of the most popular image of Christmas. It is a re-creation of the birth of Jesus in a stable with his family, shepherds, and the Three Wise Men. During the festive season, it is a common sight to see recreations of it in homes, churches and even at the malls!

Setting Up of the Christmas Tree 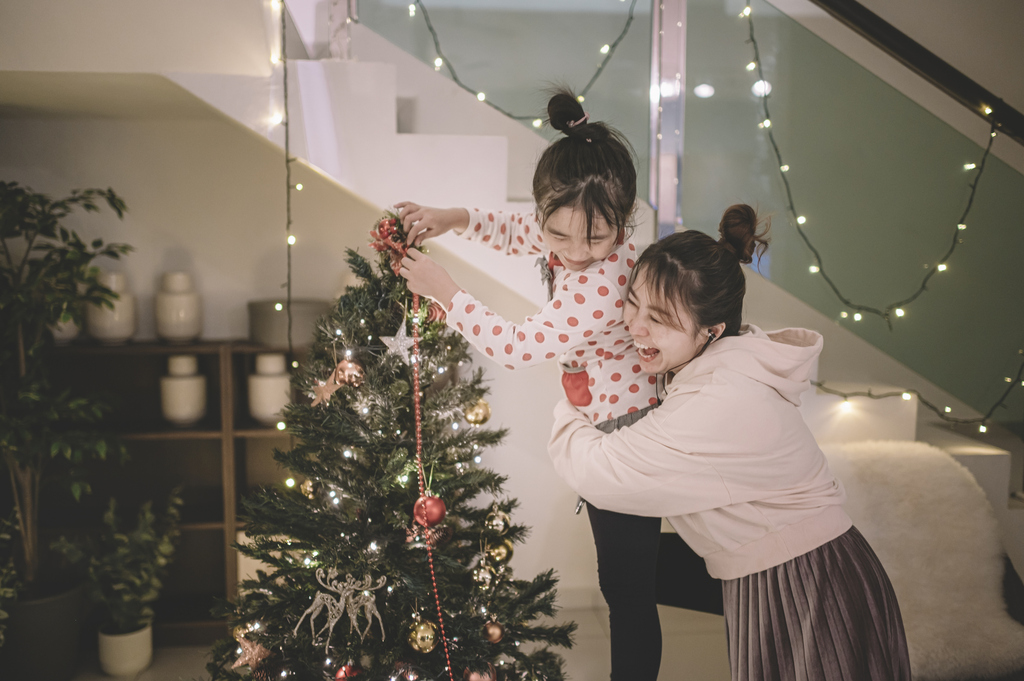 Another Christmas practice that has become popular among people in various countries including Singapore, though not necessarily Christians, is to put up a Christmas tree during the festive season.

Unlike the Nativity scene, which is a depiction of the actual events surrounding the birth of Jesus, the Christmas tree is not mentioned in the Bible. It originated as a popular practice of decorating homes with branches of evergreen fir. Eventually, Christians took to the idea and gave it Christian symbolism—new life in Christ, eternal life, and the Holy Trinity of Father, Son and Holy Spirit (due to the Christmas tree’s triangular shape). Today, families get together to fill their homes with beautifully decorated Christmas trees during the festive season.

These days, it is almost impossible to imagine Christmas without carols. However, it did not start out as a Christmas tradition. As Christmas took place at around the same time as Winter Solstice, early Christians changed the lyrics of popular songs to praise and celebrate the birth of Jesus. This led eventually to compositions of the Christmas carols that are sung today.

Christmas carolling has gone beyond the walls of churches. Adults and children of the Christian faith go door-to-door carolling and also perform at public spaces to spread the good news of Jesus’ birth and the spirit of Christmas.

Attending a Christmas Service in Church

On Christmas, Christians usually attend a special service. The singing of worship songs and Christmas carols as well as listening to a sermon about Christmas form the highlights of the service. Sometimes, there are special items such as a re-enactment of the Nativity scene.

Another Christmas service that is sometimes held is the midnight service on the eve of Christmas. Although there is no mention of it in the Bible, the tradition is believed to have started to honour Jesus’ birth with a night vigil, lit candles, and carolling. 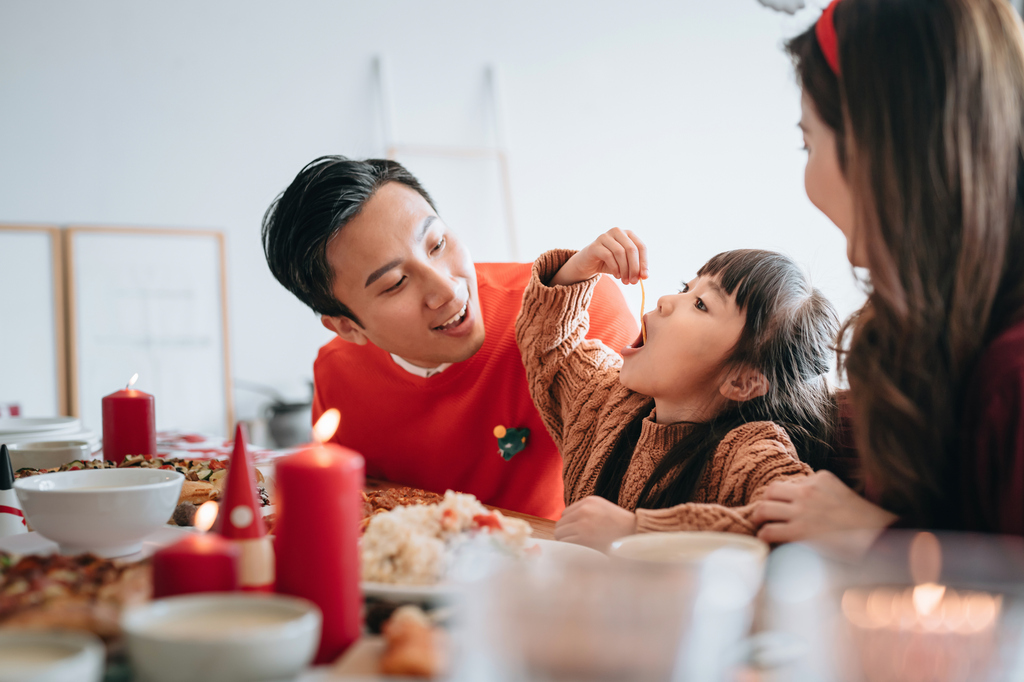 Christmas is a time when family and friends get together for a Christmas feast. While everyone has their personal favourites, a traditional meal usually includes a turkey filled with stuffing, ham, roast beef, and mashed potatoes. After stomachs are filled, gifts are exchanged.

Christmas is a public holiday in Singapore. You can tell that the festive season is round the corner with people shopping for gifts and putting up decorations in offices, homes as well as outdoors. It is also during this time that the shopping belt on Orchard Road is adorned with enchanting ornaments and dazzling lights. Started in 1984, the Orchard Road Christmas Light-up has become an annual tradition, attracting visitors and tourists.

The festive season is celebrated by Christians and non-Christians of different races with myriads of festive events, get-togethers, and feasting.